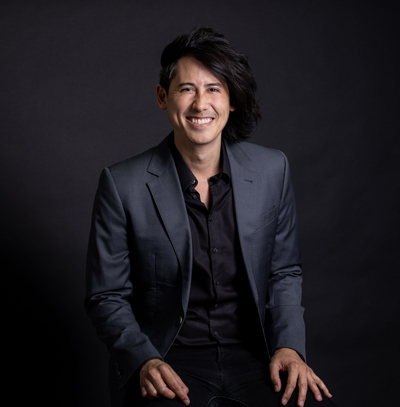 Dr Jordan Nguyen is Founder and CEO of Psykinetic, a start-up social business aimed at creating futuristic, inclusive and empowering technologies to improve independence and quality of life. Currently focussing on disability and aged care, Jordan and his team have successfully created a mind-controlled wheelchair, Virtual and Augmented reality rehabilitation and inclusive gaming, an instrument that enabled a friend with cerebral palsy to play music with her eyes and blinks, and devices that make it possible to control household appliances or even drive cars using only the tiny electrical signals created from eye movements.

Jordan is also an award-winning documentary maker and presenter. In 2016 he collaborated with the Australian based production company, The Feds, and the ABC Catalyst to create and present his first TV documentary Becoming Superhuman, which went on to win many prestigious awards both locally and internationally.

His work is regularly featured in the media and he has since gone on to present a second ABC Catalyst documentary Meet The Avatars exploring the impacts of Virtual Reality, including creating virtual interactive avatars to preserve memories of loved ones. He has also worked with National Geographic on China 2049 and so far presented four Discovery Channel documentaries – Smart China, Time of Xi, Vietnam: Connecting East Africa, and Tibet: Living On The Roof Of The World. He recently founded his own media company, Time-Captain Productions and aims to continue creating world-changing content on the intersection between technology and humanity.

Jordan is a passionate ambassador for STEAM education, adaptable mindsets and big-picture thinking and holds a degree in Electrical Engineering, First-Class Honours, Diploma in Engineering Practice, and a PhD in Biomedical Engineering (Chancellor’s List) from the University of Technology Sydney. He has taught university engineering master’s students in Artificial Intelligence design and Biomedical instrumentation and has supervised many research students. He believes our young generations are the change-makers of tomorrow and have the potential to create solutions to the world’s greatest challenges.

The past few years alone have been significant for Jordan. In 2017 he was a finalist for the NSW Australian of the Year. He made the list of Australia’s Most Innovative Engineers by Create Magazine 2016, was named in Onalytica’s Top 100 Global Influencers on Virtual Reality in both 2016 and 2017, travelled on tour with Think Inc and Steve Wozniak in 2016, won the Australian Computer Society’s (ACS) ‘ICT Professional of the Year’ Digital Disruptors Award in 2017, and had the honour of being MC in 2018 for An Evening With President Barack Obama on his recent visit to Sydney.